First a thank you to Duncan and Annie Macpherson and Stuart Wright for lending their boats to other club members. Our weather was perfect with hot sunshine and a gentle breeze from the east with a bit of north in it. Not to the taste of some though, who would prefer a tad more or a howler. There were eight boats out with one very welcome visitor from Lensbury SC.
The course was a straightforward windward mark, down river and leeward mark upriver set by race team of Richard Page, James Warren and Peter Skingley. The Timekeepers were Maureen Dance and Fiona McHardy.
The first race was won by some distance by Phill Chambers, crewed by the excellent Sophie Penwarden. It was really won at the first mark when Phill went low on the Middlesex Bank, finding more breeze, and most of the the fleet went for the Surrey side. Chasing all the way was Chris Rowsell and Alastair Stewart from Lensbury and third was Stuart Jenkins and Nicola Scadden in a borrowed MK3 boat. They had a misfortune at the start as Stuart  misjudged the double flooring and caused his unfortunate crew to fall in so she sailed the race wet through!
After a tasty ploughman’s lunch, provided by Nicky Page and Susan Underwood, the second race was again won by Phill and Sophie (whose countdown was immaculate). This time they were more closely followed by Stuart and Nicola and third was Chris with Alastair. This race was shortened due to a fading wind which was accompanied by a very hot sun.
The third race was held after a short breather and drink. Two were over the line including Phill/Sophie, the helm not concentrating sufficiently on the countdown and the transits. This race was won convincingly by Stuart and Nicola with Ellen Cooper de Groote with Deirdre Bell second and third was Chris/Alastair.

After the traditional scrumptious Hampton tea by Ellie Mills and Lucy Penwarden the prizes were presented by Ellen Cooper de Groote (the Commodore’s partner) and the Sailing Secretary, David Gettings. 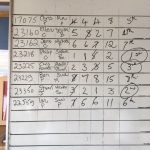 After prize giving we all went on the balcony and were videoed cheering our youth member Sophie Peerless who is sailing in a 42 footer to St Tropez to take part in their regatta. 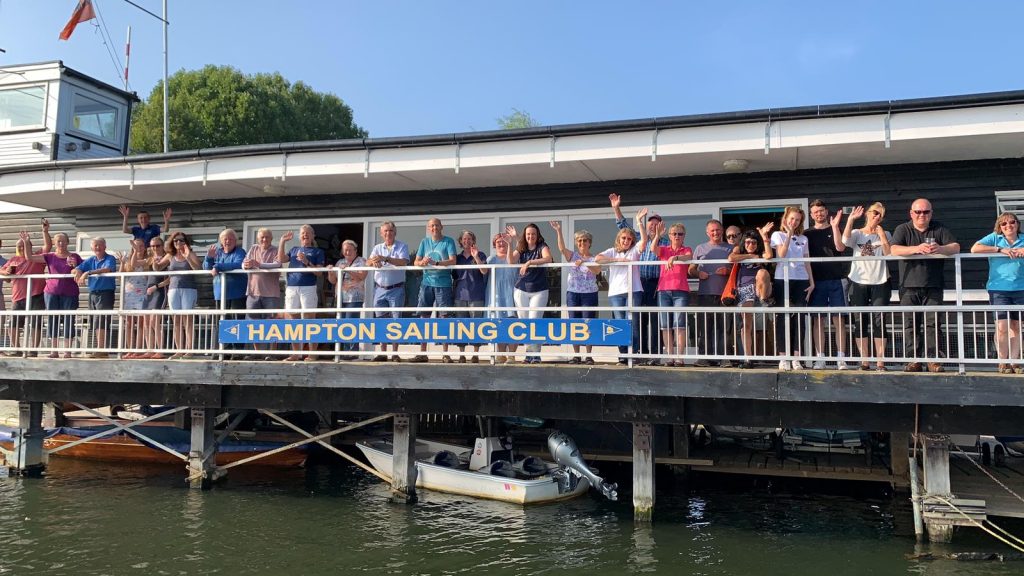