2014 Salcombe Merlin Rocket Week
15 Merlin Rockets with crews representing Hampton Sailing Club took the annual pilgrimage to Salcombe for Sharpes Doom Bar Merlin Rocket week from 6th to 11th July. The Club was strongly represented on and off the water, with 57 past and present members attending the Winking Prawn restaurant for the Sunday night Hampton social, where we ate great food, enjoyed some wise words from our Commodore and songs from Hywel BP. It was a fab evening which was kindly organised by Nicky Page and Kevin Anderson. 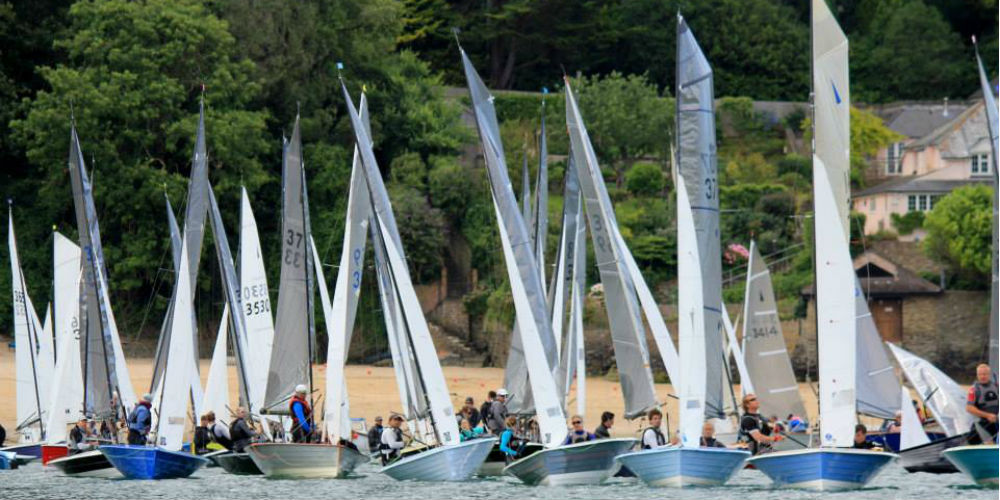 As well as Merlin’s on the water we were also escorted by a number of other Hampton craft including Brian, Michaela, Chris and Timmy on board Shenanigan, Malcolm and Marilyn on board Miss Hardy, Trevor and Alison with Tom Tit and Hywel and Jane on Elvin. Also a flying visit from Colin and Amelia in Dumbo. Despite the large Hampton turn out some regular Hampton attendees were absent and we look forward to seeing them at future events.

Some highlights from the week included:
* All three Flag Officers competing at the event.
* Phil Dalby our Merlin Class Captain winning 2 races and sitting top of the leader board coming into the last day, to be sadly “Salcombed” on the last day and finished with a respectable 3rd out of 124 boats.
* Kevin Anderson getting a mention at prize giving for an incident with paddleboarders…
* John and Livvy Bell leading the fleet for 2 legs in one of the races. 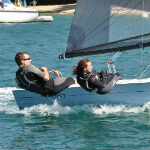 * Tim Harridge managing to sail despite dislocating his shoulder a week prior to the event and finishing a brilliant 37th overall, including a top 10 result in his series.
* Alex Jackson top Hampton helm finishing 12th
* Olly and Imogen Jenkins, representing the Hampton youth as crews for Hywel and Stuart.
* It is joked that in Salcombe the Hampton fleet like to stick together and battle it out with each other, this is well illustrated by John Hollands, Stuart Jenkins and Andrew Mills finishing within 1 point of each other. 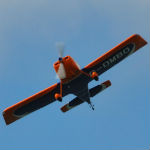 * An unauthorised fly past over the estuary, by Col and Amelia, now known as Maverick and Goose.
* Hollands Pimms party
* Dancing on tables at the Yacht Club to “Nick the Fish”
* Tuesday night pig racing
* Estuary trips on board Elvin and Tom Tit
* Refreshments and close up spectating on the best dressed boat in the estuary, Shenanigan.

It was a fantastic week and was lovely to see so many familiar Hampton faces in Salcombe, and so the countdown starts for next year, unless you are one of the few Hampton members sailing at Salcombe Yacht Club Regatta in a couple of weeks.

SUNDAY 2 AUGUST For this Sunday's Race entries please click below for RACE ENTRIES AND SAIL TIMES.