We had our annual Chichester Rally on Saturday last which came well up to it’s usual adventurous standard. Along for the sailing there was Keith and Brian in a GP, a good combination of caution and risk, Steve with Sue in their Merlin, The Commodore and Ollie in a Merlin, George and Chris in the Comet, Chris with Michaela and Jane, Timmy and I in Enterprises. You will see Michaela’s excellent and daring photo’s on the website. 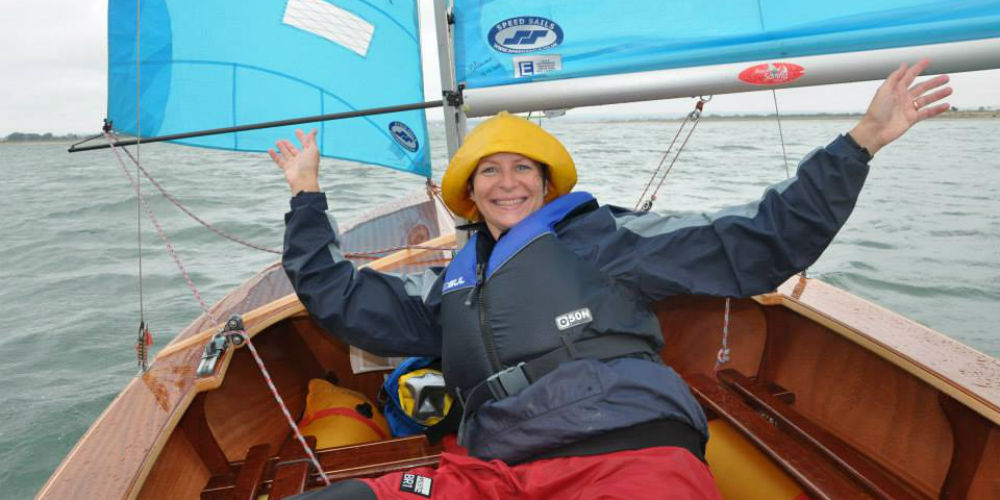 We started out from Itchenor after a heavy shower had driven us under cover but had not dampened our spirits. The wind was from the south and forecast to blow 3 to 5 which proved to be almost correct. East Head was reached easily on one port tack with few waves and only a couple of splashes, with the young flood tide hardly noticeable. At East Head sands we turned to starboard to cross the harbour, easing our sails to a glorious reach, avoiding the very obvious gravel bar right in the middle and following the channel markers in reverse. As we approached Hayling Island Sailing Club we again turned to starboard to fly up the Emsworth Channel on a dead run with a building wind (see pics). As we were making record time and there would not be enough water at the slip we decided to go on the visitors pontoon which is seaward of the town, except for Keith that is. Approaching the pontoon it was necessary to gybe as we were running out of water and there were too many moored boats to do a wheelbarrow turn, Chris did it superbly but I made a gross error and Jane, Timmy and I went for a dip. Timmy had us up in a trice as he leaped onto the centreboard but we were all a bit wet and the mast had a large black mass upon it. Chastened we got to the pontoon and joined the others who all arrived dry. We all went to the excellent Coal Exchange a Fullers Pub and were well looked after, we were also joined by other members of HSC and Gill and Carol from Mengham Rithe SC.

Discussions were held over London Pride and good pub fare about the return. It was agreed eventually that Only the GP, the Comet and the Commodore would brave it. Timmy was drafted in to the Comet, Ollie stayed with Dad and Keith with the fearless Atlantic crosser. The rest of us either went back to recover trailers and trolleys or were on boat watch. Steve kept muttering about beer but was restrained by his loyalty to Avalanche! We were greatly indebted to those that ferried those back to Itchenor. The seafarers all got back without incident except for George and Timmy who decided to put up the kite and gave a new meaning to double dipping, so that’s three swims for Timmy!

Finally and at last a magnificent tea was held in the car park at Itchenor (see pic courtesy Fran, Friend and Michaela’s camera). Fantastic day all round. 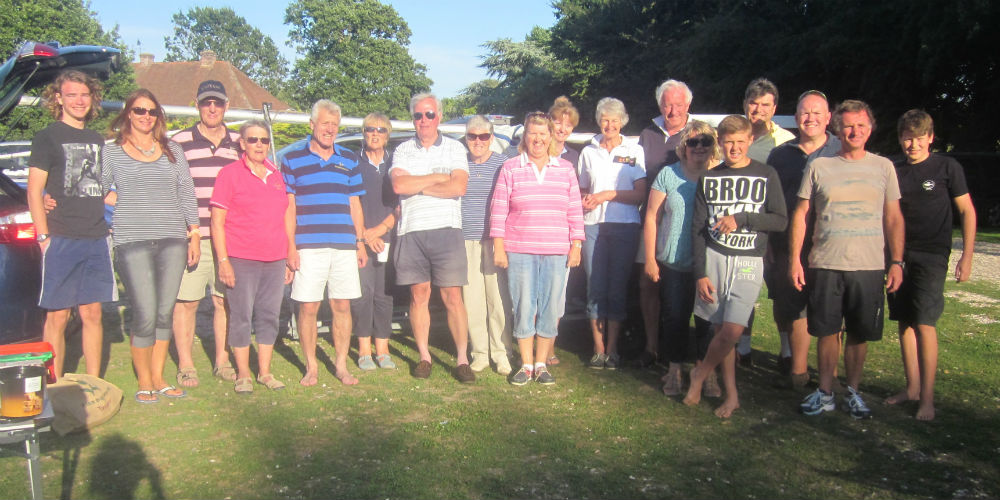