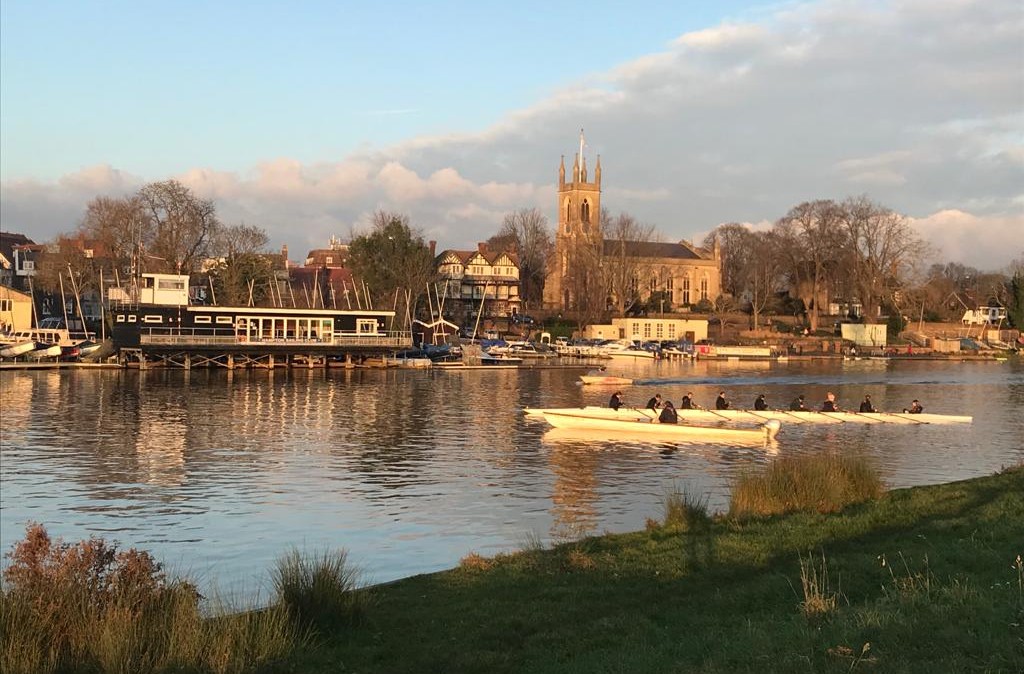 Here we go again on the downward dive of Boris’s big dipper! Still in the Championship though? But HSC stalwart’s were up for it on Sunday 6th December. Regardless of the windless northerly and dingy conditions, courses were set, fences were down, muck swept, motorboats started and boats rigged with frozen fingers. Thanks to our long travelling Race Officer Tim with Lucy and gorgeous Georgia (who will remain on our minds) and short travelling, but ever available Rob, we could go out and drift.
Alison kept very slow time and probably played Bridge, as John and Deirdre, in their Merlin, joined the three Enterprises of Ian with Sophie, Richard with James and Luke and me with Jane for a prolonged reachie thing up to E mark and then a similar, but faster fetch to H with the stream.
In the Handicap class were Nigel and David in Solo’s, Claude in a Comet, Keith single handed in his GP and John with Ellen in a GP. I think all got round the first lap but the second was the downfall for many. This was because the sun came out and warmed the chilly crew and the breeze mostly died. Another consideration was the sausage factor as a lively discussion was had on the water between Nigel and Ellen as to whether they were burning. Keith had some kind of device over the side which prevented him going backwards but forwards as well?
Only three finishers in a little over the hour – John and Deirdre, The Hon Sailing Secretary and Ian with Sophie.
Then it was to the Pop Up and a ‘Substantial Meal’ of Scotch Eggs and Sausages, courtesy of Ellen and Ian (because we are all law abiding) along with some delicious roasted nuts. Jane pushed the boat out because it was her birthday on Saturday and we all had a really jolly time singing on the balcony in the warm sunshine. We are back, it’s great, may the big dipper remain in the water splash.
See you next week. Phill