Round The Isle of Wight Race: Derring Do Off St Catherine’s Point 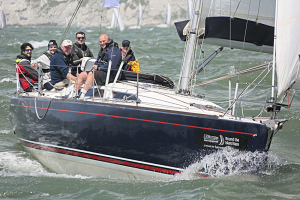 Thank you to Steve Harridge for submitting this account of the exciting round the Isle of Wight Race this year. His boat Aloni was entered in this year race and crewed by HSC members.

We had a great sail. We must have come horribly close to the wreck of the Varvassi, close to the Needles but not as close as the half tonner that hit it and sank horribly not long before we got there.

It got very windy round the back of the island, and very rough after St Catherine’s. Gusts of 40+ knots were recorded, although not by us. Aloni reached a heart-stopping 18.5 knots down one wave, a speed unheard of in a Maxi according to the owners to whom we have talked since. Luckily it only lasted for between 5 and 10 seconds. Felt like a lifetime! We had several other recorded speeds of around 15 knots as she surfed down waves with either Phil or Tim on the helm. We had only one broach, which was self-inflicted because Tim wasn’t sure what was going to happen at the bottom of a wave, and the signs were that she was just going to keep going downwards!

We put the cruising chute up after the wind (and sea) moderated towards Bembridge Ledge which was also fairly exciting. We’d had a committee discussion about putting it up earlier and the decision not to was unanimous!

Overall we were 9th in our group, 29th in our class, and 182nd in ISC. So generally in the top third of the fleet. The leaders in all fleets were those that started early in the morning and we were one of the later starts, but it really doesn’t matter. We had a tremendous day on the water and slept well that night. I hope the crew are up for it again next year. See action shots of the race taken by David Harding. 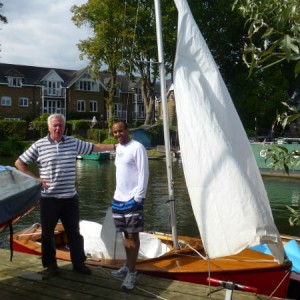 Some of you may remember in 2014 James was a guest at Hampton Sailing Club and participated in Barts Bash crewing for Keith McArthur as part of his 2016 Olympic Challenge, James raised over £400 for the Barts Bash charity and received a gold medal award, one of only 27 gold medals awarded for his fund raising efforts.

James completed his 41 Olympic events raising nearly £5000 for the ‘Get Kids Going’ charity. His story was told on several BBC radio and news programmes, his journey can be followed on his website.

The race is a yearly event from London Docklands to Ham in Surrey with 331 boats participating this year from all over the world. 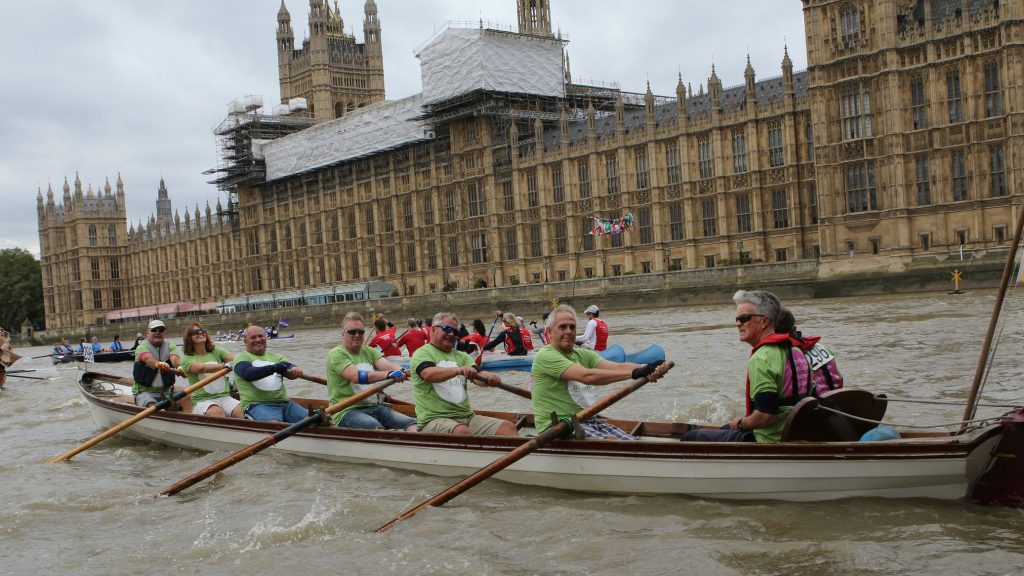 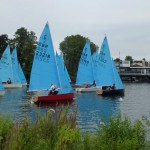 Almost 500 open days were held across the UK from 14-22 May, allowing thousands of people to get afloat during the nine-day campaign. Hampton Sailing Club was one of the venues chosen to host an RYA Open Day.

The First Aid Training on Saturday 5 March was the best I had ever been to.  Kevin thank you for organising and please pass on our thanks to David for such clear instruction and for his patience with all our questions tapping into his wealth of knowledge and experience.  It was really excellent.

Thank you to Ellen & Nigel for lending us their home and Maddy and Alison, thank you for providing a delicious lunch and tea.

Last but not least thank you to all of you for coming along and agreeing to be trained so that we can all have a safer club environment.

NEWS FROM OUR KITCHEN!

If you were at our working party on Sunday you will have seen our new dishwasher up and running. A big thank you goes to Ian Peerless for researching and procuring the dishwasher and Derek May for installing it so quickly. It has been strategically placed between the bar and the kitchen and has already been in use, washing plates, cups, glasses and cutlery etc. on a 2 minute cycle. So it’s super fast. 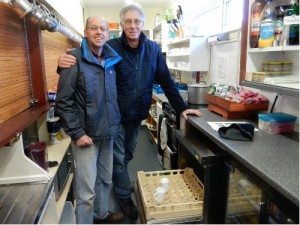 There will be a set of laminated instructions and Ian, Derek, myself, Maddy and Ellen will be able to help you become familiar with it. The machine needs to be turned on at the start of the duty as it takes about an hour to heat the filled water. Detergent will be added automatically. We can now use our china plates for all our catering and bar duties and events without the added chore of washing up. We’re sure you will all find it a positive addition to our Club this coming season…….Deirdre

GP14 Lunch
Well that’s four years in a row the GP14 pre-lunch walk was for the hardened walkers only. Ten hardy GP sailors braved the rain in Bushey Park for a shortened walk to The Pheasantry.

The meal this year was held at La Fiamma Ristorante Italiano at Hampton Court and we were in for a real treat. The meal was excellent, hot and the service could not be faulted, serving 50 guests is not an easy task especially as they had another party of 20 in the restaurant. Certainly one to re-visit.