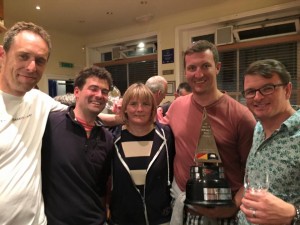 Other members of Hampton Sailing Club sailing at the championships were Charles Anderson and Anni Ridley, Richard and Peter Page, James Warren, Richard Parslow. Well done to all of the HSC members taking part. 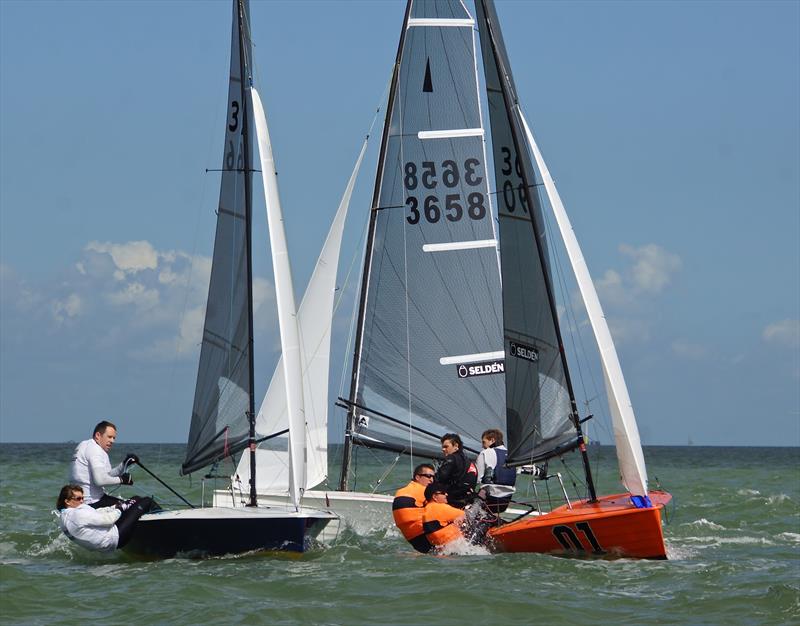 The read the overall championship report please see the article in yachts and yachting. 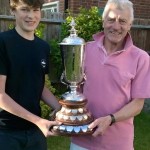 Congratulations to Phill and Timmy in winning the Enterprise Open ‘Commodore’s Cup’ at Henley on Sunday. Impressive sailing winning Race 1 and 3 and coming second in Race 2. See final results. 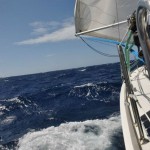 Thanks to Brian, Michaela and Chris for the insight into their adventures whilst sailing the ARC. It was a great evening, thanks to Anna and Maddie for providing a great supper. If you missed the evening you can download the presentation by clicking HERE. 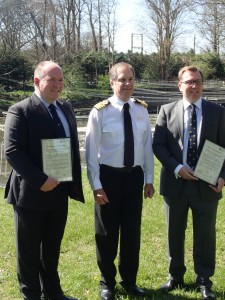 Congratulations to Stuart Jenkins and Nigel Cooper in receiving the Harbourmaster’s Commendation from the Environment Agency.

Stuart and Nigel displayed outstanding courage by using their Sailing Club’s safety boat moored nearby to pursue and board the drifting vessel to check that there was nobody in danger on board and to prevent further damage to the drifting boats or to other property caused by the drifting boats. 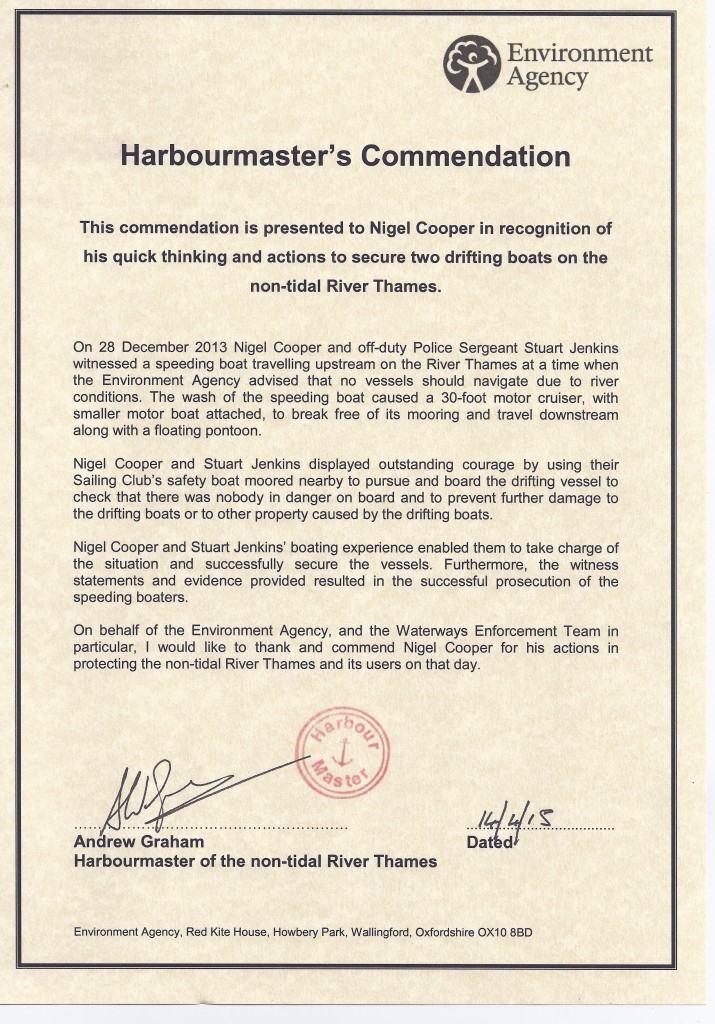 The GP14 walk and lunch was held at the Half Moon, Windlesham. 7 members braved the 10:30 start in the drizzle and cold conditions to walk the muddy trail. 30 other not so brave members arrived at 12:30 for the dinner. A fabulous meal at a delightful country pub with a view of the cart horses in the field next door. 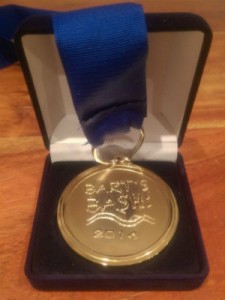 You may remember on September 21st 2014 Hampton Sailing Club participated in Bart’s Bash which joined together thousands of worldwide sailors in a race to set a new Guinness World Record, raise money for charity, inspire the next generation and remember Andrew ‘Bart’ Simpson.

James Linney was a guest at Hampton Sailing Club for the race, his aim not only to participate in Bart’s Bash but to complete a sailing event as part of his own Olympic Challenge. James crewed in a GP14 for Keith McArthur, the GP14 fleet captain, in his boat ‘In The Red’ they finished 193 out of 243 GP14’s worldwide. 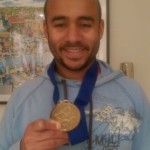 James continues with his personal Olympic Challenge and has now completed 28 out of 41 events, the last completed challenge being Volleyball, but this does change on a regular basis. James has already run over 100 miles this year and we are still in January. James has received lots of personal endorsements. The Prime Minister, Boris Johnson, sporting personalities and has been featured in his local Ealing Times newspaper. Please keep up to date with James progress and fund raising via his My Rio 2016 Website.